It is hard to believe I have been on the road for three weeks already!

It is even harder to believe I can add “Banned from Canada” to my resume.

To some, I might lead an adventurous life, but usually, I create the adventures, I plan them carefully, and the ones that come as surprises are taken in stride. This one is more of the traumatic kind, and a perfect experience for a cross-cultural transition coach.

On March 17th, my Canadian boyfriend/common law husband/lovingly renamed “B’zhoolee” and I went to Alexandria Bay, NY, on a short trip to celebrate: his birthday, my certification as a life and business coach, his recent birthday, and, belatedly, one of our many little anniversaries.

We initially had wanted to go back to Niagara Falls, where we had celebrated meeting for the first time after over two years of just talking via phone and facetime. Then, we considered driving to Montreal to combine pleasure with immigration matters, as we retained a law firm from there for our common-law-sponsorship application, and we wanted to meet our attorneys in person. Finally, as my partner’s work schedule kept changing, we packed an overnight bag and decided on the spur of the moment to drive towards Montreal, see how far we would get in a day, but spend the night in the 1000 Island region of New York – absolutely gorgeous drive around the banks of the St. Lawrence River, and probably the prettiest area in upstate New York.

As usual, we left home late, took our time enjoying the drive, stopped for pictures, checked into a hotel from which we could see the German Boldt Castle, found the only place open for food, and then the B’zhoolee (the bestest travel partner I could ever wish for) remembered the hotel he wanted to take me to, the Harbor View Hotel in Clayton, so we checked out, drove a bit, and checked into the most gorgeous, new hotel in the area with expansive views of the river. We rested well and looked forward to having breakfast in the quaint college town of Kingston, and a sunny drive around some of the 1800 islands in daylight, as it was a beautiful day.

However, we never made it to breakfast.

At the Thousand Islands bridge border in Landsdowne, Kingston, the first officer told us we had to officially import my car and pay customs on it. She declined to answer why everyone else with U.S. plates was just driving through. We answered her questions honestly, told her we were a couple who recently had filed for common-law-sponsorship, and that I, the U.S. citizen, would return to my home state of Alaska shortly to wrap up loose ends there, and we told her everything she wanted to know. She was not impressed with our answers and sent us inside, “you need to talk to immigration”.

The officer who greeted us inside was just as curt. He asked what I do for a living. I told him I had just finished training as a life and business coach.

“What is that, life coach?”

I gave him my elevator pitch, and he responded: “So what do you mean, life? Is life on business? Is LIFE on your business?” He penciled the letters L I F E on a piece of paper and to this day I have no idea what he was asking, and I have to just accept it as one of the mind-fogging tactics they use to confuse and intimidate you.

We told him the truth – not only because our attorneys had strongly advised us to, but also because the truth is the only thing we know – lies are so hard to remember. He interrupted me, told my partner, who is a Canadian citizen, to sit down and be quiet, then took fragments of what I had answered, put my facts in random order so they did not make sense and I had to explain them all over again, and then he asked to see my wallet.

He found U.S. bank cards for two Alaskan credit unions and one bank. He found my Alaskan driver’s license and voting registration card. He found a few business cards of Alaskan businesses, and my Anchorage library card. The only Canada related card he found was a TD card, something many U.S. citizens carry who travel to Canada a lot. However, he must have had his mind made up beforehand, because the little green TD card outweighed all the evidence of my life and ties to Alaska. Crime number one: having a Canadian bank account.

On the report he wrote, my first three indiscretions are as follows:

The report further claims that I had established a Canadian cell phone and home phone. I am on my partner’s phone as a sideline, and because he is in charge of the cell phone bill, I am taking care of our joint internet. We do not have a home phone, because our living situation is too fragile. We only retained the law firm of Campbell Cohen in early February to file an application for common-law relationship based sponsorship.

I am also accused of having established a coaching business in Canada. I never claimed this, and nothing could be further from the truth.

The border worker claims my website and “Canadian” business card are proof.

The business card he is referring to is a card I created with images of Alaska and the Toronto skyline. The card is an all American product, designed by me, and made by Moo, a U.S. company based in Rhode Island. It contains an image of me on a good hair day, a link to this website (which up until a short while ago was just a WordPress blog), a U.S. phone number, and, in handwriting, my Canadian cell number (on my boyfriend’s line). The cards had a misprinted phone number on them, so in essence they were useless for distribution, and I had not reordered any. I usually have a couple in my handbag as contact cards. I am not working in Canada, but I am a social person and am networking to make friends and of course, ultimately, create a social network in the area where I now intend to live part-time. I have always said that money permitting, I would love to continue guiding tours in Alaska, and part of my business will be special coaching tours through my most favorite and home state in the union, possibly with dips into the Yukon Territory, if Canada can amend this exclusion mess.

During my iPEC coaching training, from which I graduated March 3, 2016, I had peer clients whom I coached as part of the training, without compensation. Only one of six testimonials on my website is from a Canadian citizen, and it is from a peer client. All others are pro bono clients in Austria, Brazil, Washington State, Arizona; I offered pro bono sessions during training because it was imperative for me to practice, and because it was highly encouraged. Pro bono sessions count toward accreditation with the International Coaching Federation, and they are a wonderful way to get a true sense of giving without being attached to the outcome, one of our coaching principles.

Why punish me with this made-up accusation? What is eating this man’s soul?

We were held at the border for over six hours. My Canadian partner was talked down to in a dismissive manner reminiscent of what we have learned was the tone slave owners used. This doesn’t look friendly considering these officers, two male, one female, were all white, and my boyfriend identifies as brown.

The head officer, a woman with a middle-eastern sounding name in Persian spelling, was treating us both more civilly, but she had not been informed correctly by her subordinate officer and even when I pointed out that he had omitted crucial facts about my training in the report, she did not reconsider collecting the facts.

My heart tells me that this might be based on fear.

From the atmosphere in the border office, and from what I observed with respect to how people interacted with one another there, I have a feeling that even if her heart and conscience might have told her differently, there was no way she could have overruled the subordinate’s report. His interview tactics were that of a bully. I would understand that she feared she did not have any other choice but to go along with what he suggested. What is smarter: speaking up for the truth, and for the U.S. citizen (remember NAFTA?), who honestly told her story, who -having nothing to hide- opened up her wallet and unlocked her phone as requested, which was consequently confiscated for six hours; or backing up the report written by a guy who consciously and purposely omitted essential facts that spoke in favor of the U.S. citizen seeking entry, and who might turn up the bully tone in the office if she second-guessed his decision?

It takes a lot of courage to withstand and oppose this kind of volatile strong-arming anywhere in the world, but it is not a battle everyone would pick.

This is the end of how the ban began.

I will document the journey through this forced transition as often as I can.

Let me know your thoughts, your ideas, your experiences relating to transitions, whether forced or voluntary.

I look forward to the conversation! 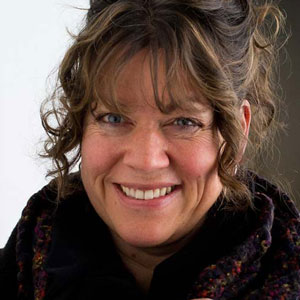